Trinity Site is the place in New Mexico where the first atomic bomb was detonated, on July 16, 1945. This is often said to be near Alamogordo, but it is actually off the road (US 380) from San Antonio, where Conrad Hilton, of all people, grew up, and Carrizozo. This is well north of Alamogordo, but that is where the wire service story was datelined.

Although I had driven near it several times, until 1997 I was unclear exactly where the Trinity Site was and when it was that the public could go out to it. Then I discovered that one of the days the site was to be open was actually to be on my birthday, October 4th, a Saturday that year. I immediately arranged to make the trip. I thought a number of people might want to go along, but in the end I only linked up with my old friend from Beirut, and long time

Except for the ground zero monument, fences, and a small number of other items, some temporary, Trinity Site looks much like the rest of the desert now. If we did not know what had happened there, it could easily be passed by unremarked. While Craig and I were driving up, we noticed the crowd of people before we saw anything distinctive about the site.

While the military prohibits demonstrations or political statements on the site (one wonders what military necessity trumps the First Amendment at a National Historic Site), several people seemed to be engaged in some kinds of religious observance. I contributed to that by reading two sections of Chapter 11 of the Bhagavad Gita (Juan Mascaró).

, Kṛṣṇa] the God of Yoga, had thus spoken, O king, he appeared then to Arjuna in his supreme divine form.

11. Celestial garlands and vestures, forms anointed with heavenly perfumes. The Infinite Divinity was facing all sides, all marvels in him containing.

12. If the light of a thousand suns suddenly rose in the sky, that splendour might be compared to the radiance of the Supreme Sprit.

13. And Arjuna saw in that radiance the whole universe in its variety, standing in a vast unity in the body of the God of gods.

14. Trembling with awe and wonder, Arjuna bowed his head, and joining his hands in adoration he thus spoke to his God.

One reflects on the pre-drawn burst of radiance of the nuclear blast, a "heavily weapon" indeed, actually hotter and brighter than the surface of the sun. The "light of a thousands suns," never seen before on earth, thus occurred for many spectators and surprised residents of New Mexico at Trinity Site, leaving many "trembling with awe and wonder." The flash and, I think, even the sound of the blast were noticed in Albuquerque, many miles away.

It may seem inappropriate to think of the first nuclear weapon in this religious context, but the Lord Krishna of the Bhagavad Gita, to be sure, is no Lord of Peace, as we see in the following passage, remembered in a different form by Robert Oppenheimer, but chilling enough in Mascaró's translation:

I am all-powerful Time [/Death] which destroys all things [/the world],
and I have come here to slay these men.
Even if thou dost not fight,
all the warriors facing thee shall die.

33. Arise therefore! Win thy glory, conquer thine enemies, and enjoy thy kingdom. Through the fate of their Karma I have doomed them to die: be thou merely the means of my work.

34. Drona, Bhishma, Jayad-ratha and Karna, and other heroic warriors of this great war have already been slain by me; tremble not, fight and slay them. Thou shalt conquer thine enemies in battle.

As in the Mahâbhârata itself, with its fearful celestial weapons, which could even destroy the universe, so at the Trinity Site humanity acquired just such a weapon, which spelled the doom of many, both the wicked, as was Duryodhana, and the noble, blameless, and tragic, as were Drona, Bhishma, and Karna. The continuing debate over the morality of the tactics in World War II, including the use of the nuclear weapons and other bombing of civilian targets, which had been avoided as immoral in World War I, finds no less than a full parallel in the moral ambivalence of the Mahâbhârata, of Krishna's own advice to the Pandavas, which was often to violate the Rules of War for the sake of the "good cause." The awe, terror, portent, threat, and moral complexity of the Trinity weapon, immediately felt by Oppenheimer, was nothing new to the human imagination. It is as though it was all foreseen.

By the way, don't miss the green chile cheeseburgers at the Owl Bar Cafe and Steakhouse in San Antonio (77 Us Highway 380).

Conrad Hilton came a long way from San Antonio, New Mexico. After running a store there, he headed for the oil boom of Texas, but then decided that housing the oilmen would be more profitable, and less messy perhaps, than wildcatting. This worked admirably. A few years later he was marrying Zsa Zsa Gabor. With that, we see the American Dream moving from dusty small town West, not far from where Billy the Kid shot his way out of jail, and from the raucous Texas oil fields, to Hollywood. Conrad's eldest son, by his first wife (of course), then marries (briefly) Elizabeth Taylor. (William) Barron Hilton also frequented Hollywood a bit, since my own mother met him (and, for that matter, Frank Sinatra) at places like the Hollywood Palladium in the 1940's. To inherit the Hilton fortune, Barron actually had to break his father's will, which had left little of the empire to the children. The result was that the dynasty continues, though now the most conspicuous heirs, Paris and Nicky Hilton, have gone Hollywood and become media personalities themselves. This has not necessarily happened in the best way, since Paris in particular has been called the "nitwit du jour" and has appeared on a sex video recorded by one of her boyfriends. Their ability to run a hotel empire is questionable, but perhaps their personal involvement is no longer necessary -- or it just may be that the less wild Nicky, and their brothers and cousins, will display the business sense.

Paris Hilton was nominated by some Los Angeles radio commentators for membership in what they called "The Four Bimbos of the Apocalypse." Hilton's (former?) friend Nicole Richie, Lindsay Lohan, and Britney Spears were included in this group. Each of these woman had been in the news for legal problems, usually beginning with drunk driving charges and leading to violations of parole, for a conspicuous reputation for intoxicated, irresponsible, and bizarre behavior, and for the apparent foolishness and brainlessness of it all.

Of the photographs here, the first three are mugshots. The photo of Britney Spears, whose mugshot for some reason was not released to the public (not a public record?), is from a period where she was going out and partying regularly, after the breakup of her marriage, without the benefit of underwear, while providing photographers with multiple opportunities to take pictures of her pants-lessness. The bizarre behavior seems to have calmed down now.

Hilton and Lohan have both done some jailtime -- Lohan the most recently, for violations of parole, including failing drug tests. After a stint in jail and in rehab, Lohan was quickly returned to custody after returning to her old habits and failing a drug test. Of all these women, Lohan is the one who seems the most consistently self-destructive. Commentator Bill O'Reilly said that he would make no jokes about her because he did not want to end up as the last one to do so before she managed to kill herself. This is a reasonable and sobering (if not for Lohan) caution.

Sadly, Lohan actually seems to be the most genuinely talented, as an actress, of any of these women, and she has at times shown a winning personality. Spears has been a very successful teen singer but seems to have had a tough time transitioning to adulthood and in maintaining a presentable public image and persona. Both Hilton and Richie may fall into the category of mainly being famous for being famous. Their "reality" television show together was successful, but it is not clear if either has enough talent, or even an appealing enough personality, for another career.

It now appears that Paris Hilton's business ventures have actually turned out quite well, and she has even received an award for her success. I would not have expected this from anything else in the press about Hilton, but I am perfectly willing to believe that the business acumen of the Hiltons has indeed passed down to her. A skeptic might think, of course, that she has simply received good business advice. However, as a student of Machiavelli, I know that "A prince who is not wise himself cannot be wisely counseled." Even if Hilton has received good advice, she must have the wit to follow it. Apparently she does. On the other hand, I still discern no actual talent in her when it comes to entertainment. 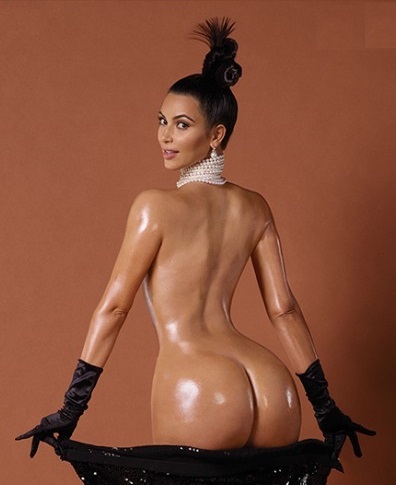 Something of the sort, on the other hand, has become one of the questions of the age -- as many people are asking in bewilderment, "What do the Kardashians do," even as their strange shows do quite well in the ratings. It used to be that people famous just for being famous didn't actually make a lot of money off of it. Often they were has-beens. Now, someone like Kim Kardashian, who at first was famous simply for "having a sex tape and a big butt," can translate this into millions of dollars and vast media attention. I'm not sure that the shows ever featured any nudity. It is Basic Cable.

Meanwhile, Britney Spears seems to have made a modest comeback, while Lindsay Lohan, against all reasonable expectations, has mostly managed to stay out of jail -- although in 2013 she came closer to jail than ever, sentenced to a locked rehabilitation facility.

By the beginning of 2018, all the "bimbos" seem to have calmed down, stayed out of trouble, and even largely stayed out of the public eye, except for the kind of publicity that they might actually want.

Meanwhile, the apparently "sober" Hilton sister, Nicky, has actually married a Rothschild, James, a grandson of the 3rd Baron Rothschild. His uncle Jacob is the current 4th Baron. They already have two children. Thus, new money attracts old money, or at least runs in the same circles; and the family of the poor fellow from San Antonio, New Mexico, links up with the family of the Jewish bankers from the 18th century Frankfurt ghetto. There are stranger stories, to be sure, and we do wish them all the best.