Valley College once had an infamous philosophy professor. On one occasion, when a dean was planning on retiring, he called in Roy Beaumont to show him the boxes of protest letters that had been filed over the years about him. The dean was going to be able to throw them all away and forget about it -- a great load off his mind. Protests there were, since Roy Beaumont was a person of very decided opinions and felt no reluctance in expressing them. Frequently they were about religion. Many classes featured what would have to be called Christian and Bible baiting. Roy, as it happened, believed in science and saw anything contrary to it as a menace. This now all seems a bit quaint -- when fashionable academic suspicion of science and the embrace of the irrational has grown steadily. Come to think of it, it would help to have Roy around for that one, though it might put him a little off stride that the recent trend doesn't have much to do with religion, except perhaps with as much hostility to mainstream religion as to science.

Whatever he might make of it all, Roy Beaumont would undoubtedly wade in. He was a hard drinking, brawling kind of character, and not just intellectually brawling. He carried bicycle chains (or just snow chains, I am told) in his car to deal with, or initiate, what now would be called "road rage." This physical, ah, assertiveness, must have served him well in World War II, when he was a member of George Patton's Third Army. He was there when one of the German concentration camps, it must have been Buchenwald, was liberated. Anyone who saw the sights there is unlikely to forget them. And Roy Beaumont certainly didn't forget. He never had any patience for any form of totalitarianism, which led to stormy arguments with the Marxists that, then and now, one is likely to find at American colleges. One notorious sociology professor at Valley, who used to visit the Soviet Union every year, and with whom Beaumont frequently sparred, essentially taught a Soviet apologetic.

The intellectual foundations of Marxism Beaumont found resistable. He said that one summer he was curious about Hegel and so bought a set of Hegel's books, and a number of commentaries. The books were pretty incomprehensible and the commentators didn't agree between themselves on many issues. Beaumont justly concluded that there wasn't anything there to take seriously. At least in his day he didn't have to deal with the Hegelian revival that has occurred recently.

In the early days of Valley College, Beaumont was invited in to see the College President, who wanted to express his satisfaction with Beaumont's work and his recent evaluation. Beaumont walked away with the evaluation in hand, but when he read it, he was only given a minimally satisfactory mark. Storming back into the President's office, Beaumont wanted to know what was wrong with his work. The President said that Beaumont had not attended the College football games. This sounds pretty silly now, but it does reflect the circumstance that Junior Colleges in California were originally viewed as the 13th and 14th grades of High School. A bit of that attitude still persists. In this case, the President would actually get the last word with Beaumont, who protested that "Socrates, Jesus, and Buddha never attended football games!" "And they don't teach at Valley College either," replied the President.

In another story about Beaumont, a Valley College President again got the last laugh. In the days before air-conditioning, office windows stood open in the summer. Beaumont used to park an old pickup truck outside the window of the College President. It a noisy and smoky vehicle, and Beaumont used to rev the engine, perhaps deliberatedly, sending clouds of smoke into the office. In an unrelated matter, Beaumont was also very slow about filing grades every semester -- leaving them on his desk even after they were all made up. So one year, the President removed the distributor cap from the motor of Beaumont's pickup. Suspecting who had done it, Beaumont stormed into the President's office. The distributor cap would be returned when the grades were turned it. So Beaumont turned in his grades but then vowed that he would never again park his truck where the President could find it! Just the point.

With his reverence for science, Beaumont had the good fortune to cross paths with one of the greatest men of science in the 20th century. Albert Einstein was a visiting professor at the California Institute of Technology for a couple of months three times, at the beginning of 1931, 1932, and 1933. This was at the invitation of its President, Robert A. Millikan, a significant physicist in his own right (and the eponym of my own Junior High School in Sherman Oaks, California). Einstein played the violin, and Caltech made inquires about people who might play Mozart Quartets with him. As it happened, Beaumont had been playing the viola at Pasadena City College (where he would later be a football teammate of Jackie Robinson [1919–1972]). The inquiry found him, and he ended up playing Quartets with Einstein. This was probably in 1933, when Beaumont would have been seventeen. Unfortunately, I have no information on any recollections about Einstein that Beaumont might have related. As it happened, during Einstein's second visit at Caltech (1932), he met Abraham Flexner, who wanted to recruit him for the project he was forming, the Institute for Advanced Study in Princeton. 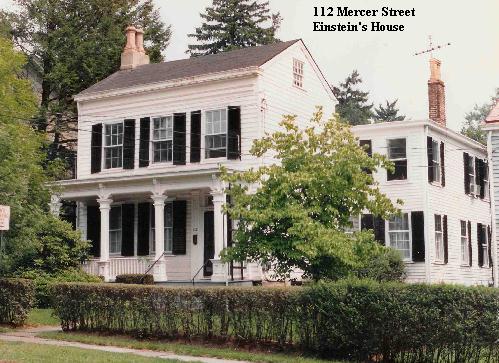 That summer, at Oxford, Flexner and Einstein finalized the deal, and so while Einstein was in Pasadena in 1933, he had already arranged to start at the Institute. After a last sojourn in Europe (but not to Germany, where the Nazis had taken over and raided Einstein's homes), Einstein returned to live in Princeton in December 1933, where he spent the rest of his life.

I was still a student at Grant High School, across the street from Valley College, when I began hearing about Beaumont. A friend of mine had been sitting in on his classes. Finally, I sat in on one myself. Everything I had heard about Beaumont was in that lecture, the Christian baiting, the "Park your Bible in the hallway," and the paeans to the great common sense of science. Lucretius was in there, whose Epicurean On the Nature of Things is certainly the ancient version of Beaumont's scientism. At the time this put me off, as to a considerable degree it still does, but there was no denying the power of the delivery, the personality, the passion, and the commitment -- all for something in general, rationality, that I still endorse wholeheartedly. It was a great act, and a towering paradigm of philosophical engagement. I have no idea if I have that kind of presence or influence on students. I know I am never as provocative -- even when I am pushing jury nullifcation.

Beaumont had surprising bedfellows at Valley College when it came to his attitude to religion. The Philosophy Department had some ex-Catholic priests in it. My own office was occupied by the ex-Jesuit who had taught Latin to Jerry Brown. The ex-priests tended to share, not just Beaumont's disenchantment with religion, but his taste for strong drink. One story has it that Beaumont was in a local bar with several colleagues when he realized that he had a class to teach down at Los Angeles City College. The class was at 5. It was ten minutes to 5, so Beaumont said, "Time for one more." (This was all, of course, long before our modern hightened sensitivity about drunk driving.) Beaumont made it to the class on time, somewhat the worse for drink, however. He pulled a batch of lecture notes out of his briefcase and delivered a lecture on Shakespeare, which didn't have anything to do with the class he was teaching. The students were not inclined to ask what was going on. As it happened, a dean was sitting in that day, to evaluate Beaumont's teaching. After the lecture, which must have left the students very perplexed, the dean went up to congratulate Beaumont on one of the best lectures he had ever heard!

The following story is from Mike Fischler, which I will let him tell in his own words. I have not heard otherwise much about Beaumont's "inferiority of women" ideas, although this hardly surprises me. He probably couldn't get away with this today. But if the worst that could be done to him would be protesters, they could not count on ever getting an apology or a retraction. And they better watch out. Beaumont was not one of these modern wimpy academics. They might get hurt. This was a guy who faced Nazis in Germany with General Patton.

I had Roy a couple of times (70/71). My second class with him ended abruptly. I was a habitual first-row, hand-raising, opinion-grinding student. Beaumont was discussing (spurred on by what I don’t remember) the inherent inferiority of women. I remember well his emphatic gestures which consisted primarily of banging his forehead withh his palm and then rapping his knuckles on the podium.

"Why," he demanded, "do you think all the great chefs in the world are men?" A hard question to answer for sure. Encouraged by his stumped students, he continued, rapping his knuckles hard against the stand.

I said, "Virginia Woolf" (whom I had not and have never read).

He stared at me a moment with mixed rage and disbelief. "Name another!" he bellowed.

He had me there: a slap of the forehead and rap of the podium. "Third-rate sentimentalist." (I’d put her at second-rate but no matter.)

He moved forward, buoyed by his critical victory, arguing that women were simply biologically inferior. I asked why, and he looked at me as if I had asked why opposable thumbs had value.

That was my first time hearing that argument and I resisted it with an argument long forgotten.

That final act of ignorant rebellion was too much. He threw me out of his class, promising to withdraw me unless I came within 20 feet of his bungalow, in which case he would Fail me.

Always an interesting guy, (and he drove Jim Rockford’s car). I heard he fell in love later on and mellowed out some.

All of this outrageous and stormy personality came to an abrupt end on March 29, 1977, as Beaumont was going off to class from his office in the Campus Center and suffered a heart attack. I recently received an e-mail from John Boylan, who was a student at Valley in 1977 and was present when Beaumont collapsed. Trying to administer CPR, Boylan noticed that the teacher in his own philosophy class, Patrick Maguire, one of the ex-Catholic Priests who had become an atheist, was standing nearby and apparently quietly reciting the prayers of the Last Rites! Confronted about this lapse into his old habits, Maguire simply said, "I am covering all the bases Lad!"

It has now been more than 30 years. There are a few faculty left at the school who knew Roy Beaumont, but not really any students. I think I've only had one student in class since 1987 who mentioned that he had seen him, though I've heard from a few people by e-mail who knew him. Valley College may be little noticed in news or history, and the Philosophy Department may not rate much of a footnote in the history of philosophy, but for 23 years Roy Beaumont represented something that any philosophy department should have -- someone to stir things up and get people thinking, angry, and arguing. Did Roy Beaumont ever do that.