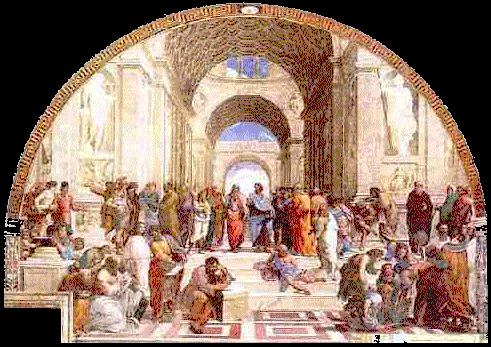 The safest general characterization of the European philosophical tradition is that it consists of a series of footnotes to Plato.

Alfred North Whitehead, Process and Reality, p. 53 [Free Press, 1969]; the painting is the School of Athens (Scuola di Atene) by Raphael, with Plato, pointing up, and Aristotle, gesturing down, in the middle [note].

The Master said, "At fifteen I set my purpose on learning.
At thirty, I was established. At forty, I had no doubts.
At fifty, I knew the Mandate of Heaven.
At sixty, my ear was obedient.
At seventy, I could follow what my heart desired,
and not transgress the norm."

in Chinese and norma in Latin basically mean "carpenter's square," and then secondarily "rule, standard" and other principles of value. We also have "normal" in English, from Latin normalis, the adjective of norma.

One refers to a beautiful soul when the ethical sense has at last so taken control of all a person's feelings that it can leave affect to guide the will without hesitation and is never in danger of standing in contradiction to its decisions. For this reason the actions of a beautiful soul are not themselves ethical, but the character as a whole is so. 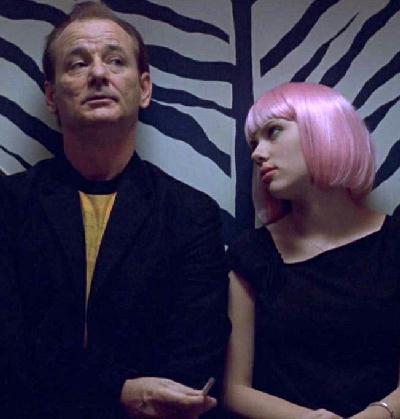 BILL MURRAY: "What did you study?"

BILL MURRAY: "Yeah, there's a good buck in that racket."

Traditionally, these are questions for philosophy, but philosophy is dead.

The works that are being peddled about nowadays as the philosophy of National Socialism but have nothing whatever to do with the inner truth and greatness of this movement (namely the encounter between global technology and modern man) -- have all been written by men fishing in the troubled waters of "values" and "totalities."

Martin Heidegger, An Introduction to Metaphysics, Translated by Ralph Manheim, Anchor Books, New York, 1959, p.166; Einführung in die Metaphysik, Max Niemeyer Verlag, Tübingen, 1953, 1998, p.152; color and boldface added; the infamous post-War endorsement of Nazism by Heidegger, who has been said by many to be one of the greatest philosophers of the 20th Century.

Learning of many things does not teach intelligence;
if so it would have taught Hesiod and Pythagoras,
and again Xenophanes and Hecataeus.